There are no written sources related to Theodoro principality, all of them were destroyed after the Turkish invasion. However the specialists in Crimean history of the XIX-th century after communication with the last descendants of the Theodorites and researches in the Greek monasteries of Asia Minor left us a number of interesting legends and stories related to Theodoro principality.

The central motif of these legends was the mysterious Golden Cradle which was painted on the principality’s arms and belonged to the Theodoro princes. Today is known more then ten versions of this legend.

Its plot is the following: at the XIV-th century Byzantine Theodoro principality was critically endangered because it had to confront with two strong enemies – Tatars of Mamay and Genoese of Kafa. Desperate battles came out between them. Serious danger threatened to principality. Genoese Franks demanded from the Theodorites to give them the Golden Cradle promising to stop the war.

At that time Greece prince along with his family and saint relic escaped to the caves of Basman mountain.

«By the secret pathes that were known to them only, they reached it. Warriors carried the Golden Cradle in the depth of twisting cave and left prince alone. He kneeled and said quietly:

- Powerful spirits! Me and my people entrust you the most valuable relic we have. Greedy neighbors the Genoese want to take it off from us to bereave of our name, abuse and freedom. Our mountain warriors fight with them blood-and-guts now. If they can not overcome cruel enemy and perish, I ask you to accept our shrine to your guarding and save it for generations to come».

That moment terrible earthquake happened: “underground strokes were heard and walls and buildings were destroyed with the strong earthquake”, and Golden Cradle left in the mysterious cave under the protection of spirits.

Only the select few can see it. The spirits guarding the Cradle can dement those who are not worthy to see it.

Researchers broke a lance over the mysterious Cradle. Some of them consider the Cradle as golden font, which was presented to the prince of Mangup Isaac by the ambassador of Grand Prince Ivan III of Moscow according to the legend; other researchers traced it to the stone cradles of Turkic epos, and even noticed the similarity of Crimean Golden Cradle with the cradle of Chingiz-khan.

In spite of this we think that the answer to the question of Golden Cradle can be found in the Theodoro principality itself, and the number of material monuments is sufficient to explain this legendary metaphor.

Surprisingly we can find the images of golden cup-cradle on the wall-paintings of Crimea churches!

On the wall-paintings in the churches of «St. Eugraphios», “Dormition”, “Mother of God Assumption”, “John the Forerunner” and in the Southern monastery of Mangup we can find the same composition: the image of the child in the cup or dish-cradle, surrounded with serving angels and Holy fathers. Noteworthy that in orthodox liturgy sacrificial dish – discos – symbolizes the cradle of the child Jesus, and one of the legends about Golden Cradle directly tells us that it was the Cradle of the Savior, Messiah.

The resemblance of frescos in Theodoro churches and descriptions of Grail liturgy is striking. The composition of frescos, which is known in the study of art as “The Adoration to Sacrifice”, shows the sacrifice of the child Jesus for the sins of the world. That is why the child is painted on the all wall-paintings in the Cup. The same subject we can find in the romances of the Grail cycle. The culmination of the Grail liturgy is the sacral sacrifice of the child in the Cup.

“And then the bishop made semblaunt as though he would have gone to the sacring of the mass. And then he took an ubblie which was made in likeness of bread. And at the lifting up there came a figure in likeness of a child, and the visage was as red and as bright as any fire, and smote himself into the bread, so that they all saw it that the bread was formed of a fleshly man; and then he put it into the Holy Vessel again, and then he did that longed to a priest to do to a mass.” (Thomas Mallory, “The Arthur Death”)

In the “Vulgata” cycle the son of Joseph of Arimathea is coming from the heaven with the cup, to which the blood of Christ was gathered at the day Нe was crucified. He gets the host from the cup. Then the fire burning-faced child comes into it, after that Joseph places the Body of Christ into the cup again. After that bleeding Christ appears in the Cup and tells to Galahad that the Grail is the dish from which He ate the Easter offering at the day of the Last Supper. In “Perlesvaus” when Arthur becomes the witness of the most concealed mystery, looking at the altar “he saw that ascetic hermit took in his hands man in the crown of thorns with bleeding hands and feet. Then… body of the man transformed into the child again”.

The child in the Cup is sacrificial Christ whose blood was gathered into the Grail. The same visions came to the Orthodox ascetics during the first ages AC. Here is the evidence of Niphont of Cyprus (IV-th century): «one of the Angels took the knife and immolated the adolescent and poured out the blood into the Cup… At the end of the service he saw the Adolescent intact again on the Angel’s hands ascended into heaven”. Another ascetic Arsenios the Great echoes to him: “During the Liturgy… when the bread was put during Holy meal, they saw small adolescence. Barely the priest stretched the hand to break the bread, they saw the descent Angel of the Lord carrying the knife, and he immolated the Child with it and poured out the blood into the Cup, and smashed the body to pieces” 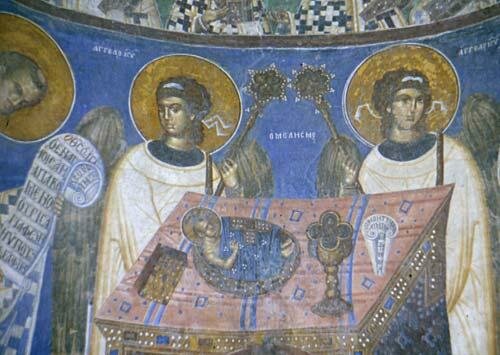 It is indubitable that these revelations became the foundation as for Crimean frescos as for the Grail romances.

There are more generalities between Crimean legend about the Golden Cradle and the Grail romances. Thus, when the world became too sinful for the Cup, it was concealed in the spiritual cave, as far as Crimean Cradle. Those who are interested in more information about the connection between the Cradle and the Cup we can recommend to study the classical works of French philosopher Rene Guenon “The King of the World” (Le Roi du Monde, 1927) and “The Symbols of Sacred Science” (Symboles de la Science Sacree, 1962) 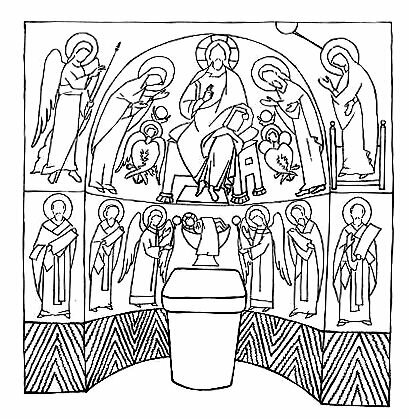 Probably these numerous “coincidences” were the reason for the secret services of the USSR and Germany to pay great attention to Crimea at the first half of the XX-th century. 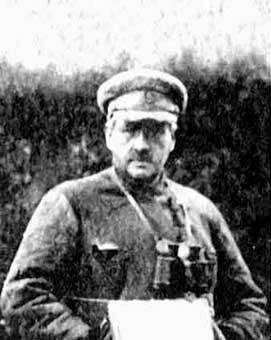 In the 1926-27-th the group of researchers from the Secret Cryptography Department of NKVD headed by well-known Alexander Barchenko worked on the peninsula. The official aim of this group was the research of so-called cave-towns of Crimea (Mangup-Kale, Chufut-Kale and others) Meanwhile according to the evidence of astrophysicist Alexandr Kondiain, who was one of the expedition members, they had the additional secret aim: to find the miraculous stone, which fell to the Earth from the constellation of Orion many hundreds years ago. “The stone from Orion” is another allegorical name of the Grail, which ascends to the poem of Wolfram von Eschenbach «Parzifal», describing the Grail as the stone that fell to Earth from the Lucifer crown.

During the German occupation of Crimea the search of the Saint Cup continued. It was led by the head of «Einsatzgruppen D» Otto Ohlendorf, also known as «Graalritter» - the knight of Grail. His staff carefully searched old kenessas and mosques, the mausoleum of Tohtamish daughter Janicke-khanum, the caves of Chufut-Kale fortress and the ruins of churches and Kermenchik fortress (now Vysokoe village). For his activity in Crimea Ohlendorf won the Iron Cross of First Class from Hitler. However the Saint Grail was not found.

So far the Cup-Cradle is concealed from the human eyes in the mysterious cave of the Basman Mountain and it is guarding by the spirits waiting for the one who will be worth to see it.