"St. Theodore Gavras Society” is the brotherhood of the like-minded persons, which aims to revive the traditions of the medieval spiritual brotherhoods. The Brotherhood was founded 06/15/2004, Trinity Sunday, during the pilgrimage to the Ecclesia Peak (Eklisi – burun) of the Crimean mountain Chatyr Dag.

What is our aim?

Our aim is the restoration of cultural and spiritual traditions of the medieval Byzantine Crimea. “Society” supports the idea of Byzantine Commonwealth of States renewal, but we are not a political organization. Our activity is in the sphere of matapolitics.

Our main activity is in the development of the regional conceptual project in which Crimea is considered as the bridge via which the contacts and interrelation between the Mediterranean and Eurasian Civilizations are carried out.

Who can be the member of our “Society”?

Is the “Society” a religious organization?

“Society” is not a religious organization. A representative of any traditional confession and denomination, who shares our aims, can become the member of the “Society”.

Today the majority of our members are Orthodox Christians, who believe in “one Holy, Catholic, and Apostolic Church”, as it is determined by the Orthodox Creed. They oppose to philetism heresy, which dominates in many Orthodox jurisdictions and which is the extreme profanation of the Christianity basic principles.

What is our activity?

At the present time due to the lack of financial resources our activity is the information propagation and elucidative work. Meanwhile we try to attract the maximum attention to the history and culture of the Byzantine Crimea.

We have the plans of the informational publishing activities, creating of  documentary films. That is why we will be happy to contact with journalists, producers and publishers, Ukrainian (domestic) and foreign.

Also we can render assistance in organization of pilgrimage to the Holy Places of Crimea, which are related to the Saint Grail tradition, including the places that are unavailable through the official tourist agencies.

In the future we plan to get help to scientific organizations in excavations, conservation and protection of Crimean monuments.

As well we decided to initiate the building in Crimea region the Church of Saint Theodore Gavras, the heavenly protector of Northern and Southern parts of Black Sea Region who was undeservedly forgotten in the present-day Church.

How can I help you?

First of all you can send us your publications to the section "Articles". The materials about the history of Crimea (not only medieval), Byzantium, Saint Grail tradition, Hesychasm, Sufism are welcomed.

Secondly, if you are the owner or the administrator of internet-site, you can place the link to our web-site. We also will be grateful for the banner placement.

Thirdly, in the short run we plan to translate the main site content to the basic languages of «Byzantine Commonwealth», so we will be grateful for your help in translation into Greek, Georgian, Ukrainian and Arabic.

Fourthly, we will appreciate any financial and organizational help for realization of target  programs of our Society 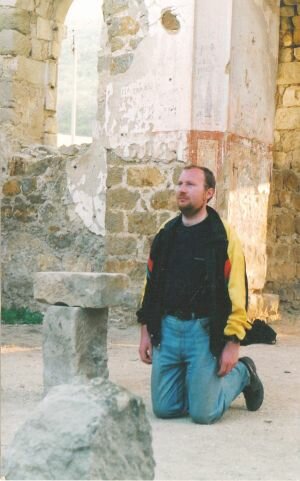 Andrew V. Vasiliev (aka Archon) was born in Vladikavkaz but almost all his life spent in Crimea.

From 1997 he works as a journalist. Author of a great number of publications in Crimean and Ukrainian newspapers. Worked as a journalist, editor in chief of local newspapers and magazines, political consultant, PR-manager in election teams. From 1998 to 2002 Andrew Vasiliev was a member of Board of National – Labour Union (Alliance of Russian Solidarists). Now he is the editor in chief of newspaper “Sevastopolskij Briz”.

Andrew V Vasiliev is one of the co-founders of "St. Theodore Gavras Society” and the author of this web-page idea.

In 2006 he with his colleague Michel Avtushenko published the book “Mystery of the Theodoro Principality”. The work on the book lasted 5 years from the moment he got interested in the history of Theodoro when working in the press-service of Crimean Eparchy and collecting  materials for the collection devoted to the Lifes of  little known and forgotten Crimean Saints.

In 2009 was published his book “Sacred Mysteries of Crimea”.

To write a letter: sevastokrator(@)graal.org.ua 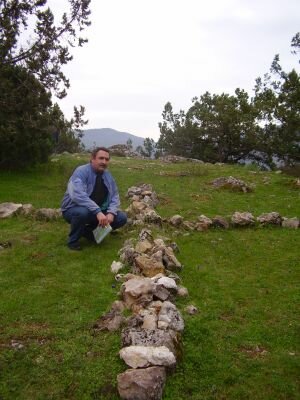 Andrew V. Suhanov (aka Doctor) was born in 1964 in Donetsk, has the diploma of physician. More than 10 years spent in the seas as the ship's physician. One of the most authoritative specialists in post-soviets countries in OTC spot Forex trading.

He describes himself as Brahman and vagrant philosopher.

The administrator of the web-site graal.org.ua.

To write a letter: chartophylax(@)graal.org.ua 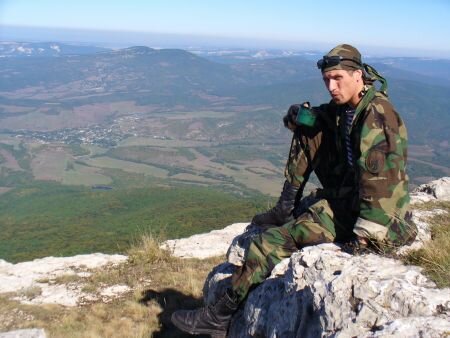 Andrew V. Ostashko (aka Pilgrim) was born in Severodonetsk. He is flag officer of the tourist club “Odyssey” in the “Crimean fund of development”, translator, guide, journalist. In 2008 was published his book “Pursuiting of Shambala”.

He is the author of a set of conceptual travel tours across Crimea and Turkey.