The Theodoro principality existed in the South-Western part of Crimea during XIII-XV-th centuries and it was one of the most enigmatic states in the history. 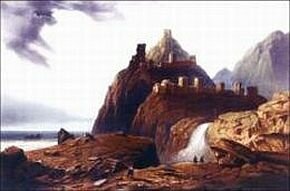 It appeared on the ruins of destroyed by the Crusaders Byzantium, the hundred-year Christian kingdom – absorbed the most outstanding elements of the Oriental Christian tradition and became the last stronghold of Byzantines.

The Theodoro principality was situated at the territory of the Crimean Gothia, the mysterious “Dory country”, its capital Doras was indistinctly mentioned by the Middle Age chroniclers.

During the antiquity here, in these lands were located rich towns of Scythian kingdom: Habei, Napit, Palakion. At the fourth century the South-Western part of Crimea turned into Gothia.  Resettled from the Skandza island German tribes were baptized and created the interaction zone of Gothic and Greco-Latin cultures.  Later on a few waves of invasions swept over Gothia: the Huns, Turks, Khazars, Magyars and Tatars left their marks in the Crimean foothills. Then the Alans and Circassians mixed with the Goths.  At the same time the impulses of Byzantine culture, bearing the glory of Constantine the Great and Justinian I as far as spiritual wisdom of Holy Fathers of Cappadocia, went to this territory from the South. 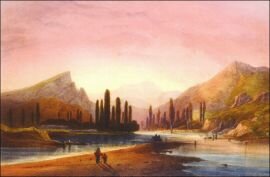 That was the soil that let the sprout of Greek Orthodoxy rise up and inculcate in the land of Tavrika.

The Theodoro principality became not only political successor of Byzantium. After Muslim destruction of ancient Orthodox abodes in Cappadocia the hermits and the ascetics escaped to cave towns of Tavrika, bringing the high spirit of true Christianity with them. Strong monastic centers that appeared in Crimea competed with abodes of Olympus, Athos and Volcanic Valley.  They were visited by as prominent ascetics as the teacher of Andrei Rublev icon-painter Theophanous the Greek   and prominent theologian Michail Trivolis (Maximus the Greek).


The Theodoro principality outlived the Byzantium for 22 year. After the Turkish occupation of Constantinople, Trebizond in Asia Minor and Peloponnesus it remained the last state of Byzantine world.  The Theodorites put up the strongest resistance to the victorious troops of Mehmed the Conqueror. The shots of Turkish artillery to the Citadel of Mangup in December 1475 finished the hundred-year history of Byzantine civilization.