In the end of XIX century Russian academician Alexander Veselovskiy, who had dedicated a number of years to Grail tradition’ research, convincingly proved that this tradition arose in the Christian East during the first ages of our era, and that the carrying over of this legend to western ground took place in the era of Crusade and was “mechanical”.

It is the Veselovskiy’s opinion that the sources of the Grail myth lie at the non-orthodox Christian communes of Syria, Ethiopia and LeukoSyria (Armenia Minor). During the Crusades knights and troubadours met the oriental Christian tradition, which undoubtedly was more ancient then Catholic traditions of Western Europe. They borrowed legends, apocryphal motives and characters and changed then in their European manner.

All these facts make us suppose that somehow or other Grail was connected with ByzantineEmpire – orthodox state-civilization, which cultural authority was incontestable in the Christian world for a thousand years.

In fact, the Grail novels have a lot of hints to Byzantium. Thus, episodes that apply to the presence of Joseph of Arimathea at the Christ crucifixion, were borrowed from the apocryphas “The Acts of Pilate”, “The Gospel of Nicodemus” and especially Georgian sacral text known as "The book of Joseph of Arimathea", widely-spread at the East. 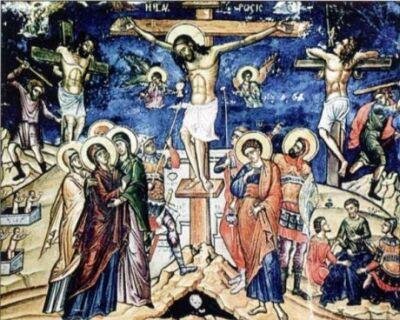 In the original text known as “Mabinagion” Empress of Constantinople appears as a custodian of holy cup or dish. 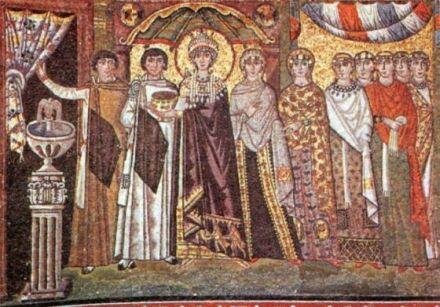 In the “First continuation” the Grail procession looks like Byzantine service:
“A priest carried in a richly bejeweled cross. Over his alb he wore a noble tunic of precious cloth from Constantinople. After him came a great procession of canons each clad in a rich cope of silk.”

The connection of Grail procession and Byzantine liturgy is undoubted. Holy procession at the Byzantine service is surprisingly close to another one, described by Chretien de Troyes and Robert de Boron. Particularly, just after the chalice was brought by the priest the church officer carried out the Holy spear embodying the Spear of Longinus. Nothing of this sort is in the Roman mass. By the way, this relic is also inseparably connected with the region considered as the motherland of the Grail myths. Roman Centurion Longinus which stabbed Christ on the Cross, died at the Cappadocia of Asia Minor according the hagiography.

It was said in the «Younger Titurel» of Albrecht von Scharfenberg (XIII-th century) that after the Grail disappearance its copy was saved in Constantinople.

"A second costly dish, very noble and very precious, was fashioned to duplicate this one. In holiness it has no flaw. Men of Constantinople assayed it in their land, (finding) it richer in adornment, they accounted it the true grail."

We have every reason to suppose that the relic saved in Constantinople was recognized as the Cup with the Christ Blood, the history of which we can briefly trace by written sources. From the fourth century there was the holyday of The Invention of the Saint chalice in Byzantine church, it was celebrated on July, 3. First mentioning about this holiday can be found in one of the oldest typicons (monastic rules) of the Monastery of the Holy Sepulcher in Jerusalem.

It is known that in 394 the Cup was in Jerusalem in the Church of Zion that was built on the place of the Last Lord's Supper. Afterwards, probably at the VI-th century, it was carried to Constantinople. The well-known researcher Vasiliy Lurie, who identifies the Cup with the Cup of Last Supper solely, considers it could be saved in the Monastery of Holy Apostles that symbolized the temple of Zion in Byzantine tradition.

However we have every reason to suppose that the Cup with Christ Blood was in the other church - the Church of Our Lady of Pharos near the Imperial Palace, where the relics related to Holy Passion were kept.

On the icon of this church enumeration can be found: 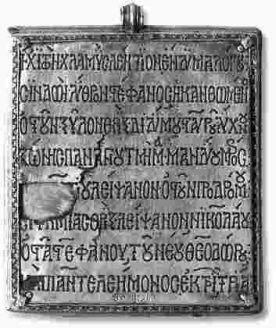 "Chiton, chlamys, lention - habiliments of the Logos // Shroud of Christ, blood, crown of thorns// bone, tree, hair of Didim, the lighting of the cross // part of the belt of the Most-Pure// (...) relics, bone of the Forerunner// hair of Euphimia, relics of Nikolai // bones of Stefan the New, Theodor// and Panteleimon, three from three"

The participant of the fourth Crusade Robert de Clarie reported about the treasures of this Church more definitely:

"Within this chapel were found many precious relics; for therein were found two pieces of the True Cross, as thick as a man's leg and a fathom in length. And there was found the lance wherewith Our Lord had His side pierced, and the two nails that were driven through the midst of His hands and through the midst of His feet. And there was also found, in a crystal phial, a great part of His blood. And there was found the tunic that he wore, which was stripped from Him when He had been led to the Mount of Calvary. And there, too, was found the blessed crown wherewith He was crowned, which was wrought of sea rushes, sharp as dagger blades. There also was found the raiment of Our Lady, and the head of my Lord Saint John Baptist, and so many other precious relics that I could never describe them to you or tell you the truth concerning them”

The notable fact is that the Castle of Grail described by Wolfram von Eschenbach and Albrecht von Scharfenberg is the "huge rotunda built with the help of the achievements of Byzantine technology", according the opinion of art historian M. Verli. By the way, this idea was excellently caught by Max Bruckner, who was one of the authors of decorations to the opera of Richard Wagner "Parsifal", and painted the castle of Grail as Byzantine Church. 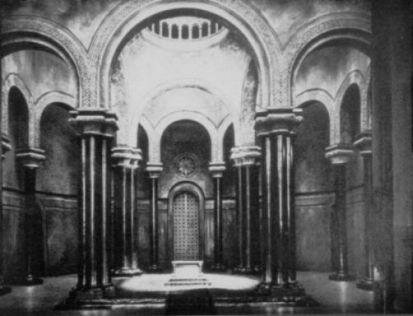 By its colossal sizes the Castle of Grail reminds another Constantinople church - St. Sophia Church - the most grandiose Christian building of those times. 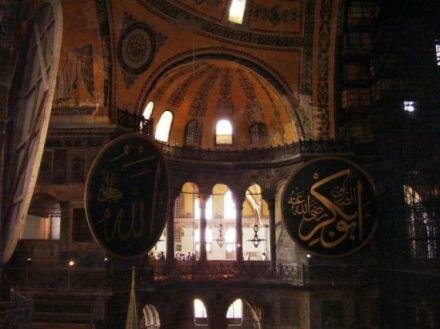 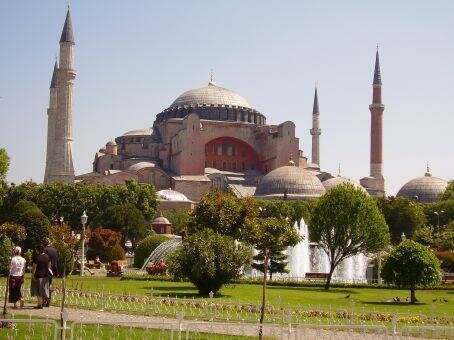 In 1204 Constantinople was stormed and ransacked by Crusaders. In spite of the fact that the a number of weakly-documented relics, that pretended to be the “Cup of Grail”, appeared in the West after this tragic event, no one from this relics was proved as authentic. At the same time in the literature of Grail cycle the idea appears that the Cup was lost for the sinful West and concealed itself somewhere at the East in the mysterious “spiritual castle” in the city Sarras…

Read more about the Grail in the book “The mystery of the Theodoro principality”.